Want to know how much your payments will be? Use our title loan calculator to find out.

Call us anytime seven days a week for instant pre-approvals! 2

Pacific Gas & Electric expects to cut off power to about 800,000 customers across Northern California early Wednesday morning. This California blackout is intended as a preventative measure to regulate damages during California’s wildfire season. 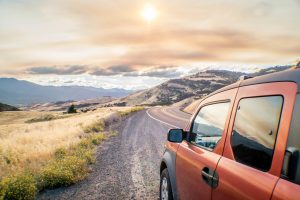 The cutoffs began shortly after midnight in Sacramento and will roll out to around 34 counties in Central and Northern California throughout Wednesday. This shutdown is slated to be the biggest in California history. Officials are attempting to reduce the risks from heavy winds and dry conditions. It is expected to last up to a week, as crews work to restore power after such a large-scale shutdown.

Thousands Will Be Affected

PG&E, who services hundreds of thousands of Northern and Central California residents, has been held responsible for some state’s deadliest, most destructive fires. Among them, the Camp Fire all but razed the town of Paradise last year. Because of these disasters, PG&E has had to file for bankruptcy and has implemented two other shutdowns in the last two months as preventative measures during risky wind conditions. Previous events were able to be restored within a day, but because this one affects so many households, the restoration will take much longer. Officials for PG&E have expressed concern for their customers, noting that elderly and young children will be at risk during this time.
Due to the risky weather and dry conditions in other parts of California, utility company Southern California Edison is considering preventative measures. They also could cut off power to around 110,000 customers in Southern California in the near future. This could affect many residents in Los Angeles, Riverside and Ventura counties.

Are You Prepared for the Shutdown?

The driving concern with these shutdowns is certainly with at-risk populations. Many of California’s elderly residents rely on medical equipment and will either need generators or will need to travel to areas that are not affected,  to continue using their life-saving devices. Officials have urged residents of California to check on their neighbors, and have required that emergency personnel report to work.
Residents of California have picked through store shelves, stocking up on water and emergency rations. If you are in need of emergency cash to relocate until after the power is restored or to purchase a generator for your household, know that Max Cash Title Loans is standing by to assist the people of California. Fill out our easy application and speak to a loan advisor today. Get cash quickly without the worry of bad credit, and take up to 3 years to pay it back. Above all, protect yourself and stay safe, California.